In a pressure cooker add the oil, onions and meat. Brown the meat in batches. Once lightly browned, season the meat with salt and pepper to taste. We love this stew with lots of black pepper. Brown the meat further until it is sealed and has a golden brown color.  What gives a very nice flavor to the stew, is when the bottom of the pot has a light brown layer after browning the meat.
Once browned, cover the meat with water, seal the pressure cooker and
cook for about 30 minutes. Release the pressure valve, once pressure is
released, open the lid. Squeeze  some fresh lemon juice over the raw waterblommetjies and add to the pot, together with the potatoes. Seal the pressure cooker and cook for another 10 minutes. Again, release the
pressure valve and open the lid. The waterblommetjies and potatoes
should now be soft. If you like a real soft stew, cook a little longer.
Also make sure the stew is not too watery, if so, cook without the lid
until most of the water has evaporated.
You can squeeze a bit more lemon juice over the dish before serving it on a bed of basmati rice.
Serve with soft pumpkin fritters or honey & cinnamon sweet potatoes on the side.
Traditionally Waterblommetjie stew is made with Surings. This herb is
indigenous to the West Coast of South Africa and used to flavor stews.
In this recipe we used lemon instead of Surings. August 15, 2021 admin Leave a comment
We are obsessed with the latest addition to our website! The Biloxi Southern Highbush Blueberry Plant – Ready to be planted, nurtured and ... 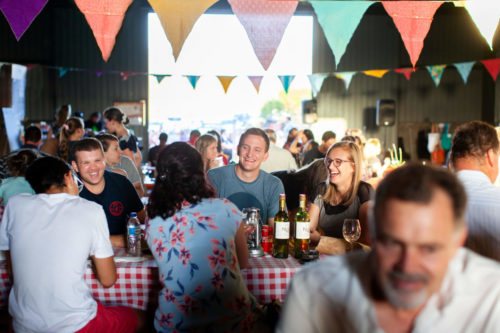 June 9, 2020 admin Leave a comment
Dear customer, As we have so many wonderful new people buying our boxes, who have never been to our market, we thought we ...
Menu